RADIO ROMANIA STARTS THE IMPLEMENTATION OF ISAS BC 9001:2003 STANDARD

Radio Romania is a public broadcaster (i.e. an editorial independent media with a public service terms of number of channels and staff, as in terms of coverage (99% of the population covered by Radio Romania Actualitati through FM). It is also the most ancient group in the country radio-landscape; it first broadcasted in 1928. As such it can be considered as part of the Romanian Heritage (its library of recordings contains all the “voices” which made the history of the 20th century) 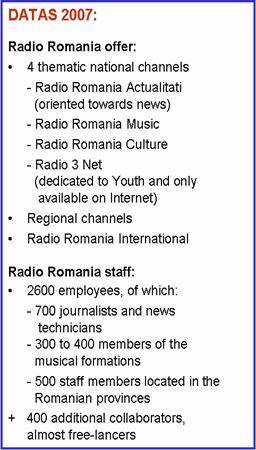 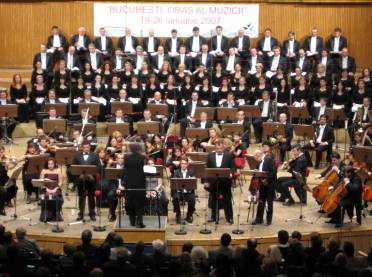